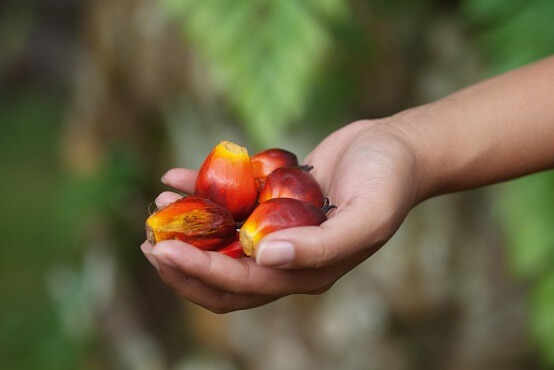 Edible vegetable oil has revolutionized the way we cook our food but few have the versatility that palm oil offers. What is palm oil? It is a reddish colored oil obtained by crushing the fruits of the oil palm tree. Once refined, it has a pale yellow color and lacks both odor and taste. This is why it is widely used in the elaboration of products since it does not modify the look or smell of them. Originally produced over 5,000 years ago in African countries, its cultivation has expanded to different countries, being Indonesia and Malaysia the largest producers of palm oil. Countries such as Brazil and Colombia have joined the cultivation of oil palm trees thanks to its multiple social and economic benefits.

Versatile from its roots

Although the oil palm tree takes between 3 and 4 years to start producing fruit, it is considered one of the most efficient oleaginous crops as it is capable of producing around 40 kilograms of palm oil per year. Speaking of numbers, palm oil represents 35% of the world’s edible vegetable oil production, requiring only 10% of land. Since it needs up to 10 times less cultivated land to produce the same amount of oil as other oleaginous crops, palm oil has become the most sustainable and accessible option in the elaboration of daily consumption products. More than half of the products we consume every day include palm oil among their ingredients. It has even been used in the production of biofuels.

Healthier than you may think

The reddish-yellowish color of palm oil is due to its high content of antioxidants known as carotenoids which can be transformed into vitamin A by our body. Scientific studies have found that consuming antioxidants on a daily basis helps to slow down the damage caused by free radicals in our body. Some studies suggest that these antioxidants are able to protect the body from tumors, especially prostate cancer. Another myth suggests that the intake of palm oil can raise levels of bad cholesterol (LDL), but recent studies have shown otherwise. Thanks to its characteristics, the food products in which palm oil is used do not require hydrogenation, a process that produces trans fats which significantly reduce the health of our cardiovascular system. According to the World Health Organization (WHO), cardiovascular diseases represent the leading cause of morbidity and mortality worldwide.